An ancient Chinese proverb says "Good advice is beyond all price." Adam can recall a time he was given advice regarding his dating life. At the time, he had no idea how valuable the words from his friend were. But as it turned out, that wise counsel changed everything, even the course of his life.

Adam had just returned from a first date with a girl named Hannah. The two had met, almost by divine intervention, when they both arrived severely late to a college graduation party. They had hit it off after learning that they both attended college in Lincoln. The next day, the party's host had sent Adam the pretty blonde's phone number. He had waited five days before getting brave enough to text her, but once he did, he found her receptive to going out with him on a date. What he didn't know what that Hannah had found him attractive and had practically begged her friend to send him her number. Both were looking forward to a great evening together.

But the expectation did not live up to reality. The date had not gone well, not by a long shot. It had been completely awkward from start to finish. Afterwards, Adam had dropped Hannah off at her home with hardly a goodbye, thinking, "Well, she's never talking to me again." If he could have read Hannah's mind, he would have found her thinking the exact same thing about him!  When his friends asked about his date, Adam shared the sad tale of the evening. It involved an uncomfortable family gathering, a waiter apparently on drugs, and finally, an awkward house party. Adam was ready to shrug it off as a relationship that never would have lasted anyhow. But, his friend replied, "Well, do you like her? You can't just give up on the first date. Give it three chances. If it still isn't good, then you call it quits."

Adam considered his friend's advice and so, the very next day, he sent Hannah a text. To her surprise, he wanted to see her again! The second date went so much better, that Adam set up a third. And the third, well, while it was simple, it was also completely and utterly perfect. It started off by Hannah casually mentioning to Adam that she and her friends were in the mood for McDonalds. Adam said he'd love to bring some...if Hannah would go with him. He picked her up and drove to get the food, but afterwards,  Hannah asked if she could see where Adam lived. So, instead of going back to her place, they went to his instead. "So we sat down on his couch with chicken in hand, and just started talking. We talked about everything....life, our morals, our values, everything about our family, our dreams, our childhood...the list goes on. I knew pretty quickly that night that Adam was the one. I even sent a text to my friend the next morning and told her that, " Hannah recalled.

It took a little longer for Adam. But, the following May at her brother's graduation party, he got a chance to see Hannah with her entire family. "Once he saw me on my parent's farm, with all my family, playing with my cousins... that's when he knew," Hannah said. It was also the first night they both finally admitted to one another that they loved each other.

Last July, Adam and Hannah were back in the same town where they had originally met. They were planning on attending a parade for a local celebration, but Adam made a detour, telling his girlfriend he was out of gas. Hannah was looking forward to the parade and was annoyed at Adam for not planning ahead. But he had other things on his mind.   Stopping at his house, he told Hannah he had a surprise for her. He took her to his old John Deere tractor and pointed out a newly fashioned "buddy seat."

"Adam likes to go on old tractor drives, but I can never go with him because you have to have a 'buddy seat' to legally have a passenger," Hannah explained. "I was very surprised and excited, but I told Adam now was not the time and that we needed to get to the parade, or we were going to miss it." Adam told Hannah that since they were going to be late anyhow, they should just go for a short drive instead to try out the new seat. She reluctantly agreed, but as they rode along, she gave Adam grief, teasing him about the security of his homemade device. Adam replied by saying, "Well, maybe I better stop to check it out." At a bridge, Adam dug under the seat to "check it," but unbeknownst to Hannah, he was actually retrieving a ring he had hidden there earlier. A few minutes later, Hannah found Adam down on one knee before her, asking her to be his wife. Her answer was a very happy, "yes!"

"Our wedding day will be special because we've finally made it to 'someday'," Hannah told me. She shared that their entire relationship has been about that word "someday". When the met, they were both so committed to school and their jobs, they only saw each other a few times a month. Soon after they started dating, Adam moved back home and then, they saw each other even less. "We always talked about how someday we would be closer to each other, someday we would both graduate, someday he would farm, someday I would be a nurse, someday we would get engaged, someday we would get married, and someday we would find a farmhouse to live in to someday have kids... someday, someday, someday. Our wedding day is that 'someday'. We have both graduated, we are both working where we want to work. We have both accomplished those dreams. We are finally engaged, and God blessed us with a beautiful dumpy farmhouse that we have been fixing up together. We still live over an hour away from each other, but on our wedding day, that change,s too. That is our 'someday'. We made it, together, through all our struggles and frustrations....we made it. This is it, and we are so ready for it."

Hannah and Adam were married in a beautiful ceremony at St. John's Lutheran Church in Columbus on July 3, 2019. We are grateful to have been part of this lovely couple's day, and even more so, we are very thankful for the advice that Adam's caring friend shared with him so many years ago. For Adam and Hannah, it was priceless indeed. 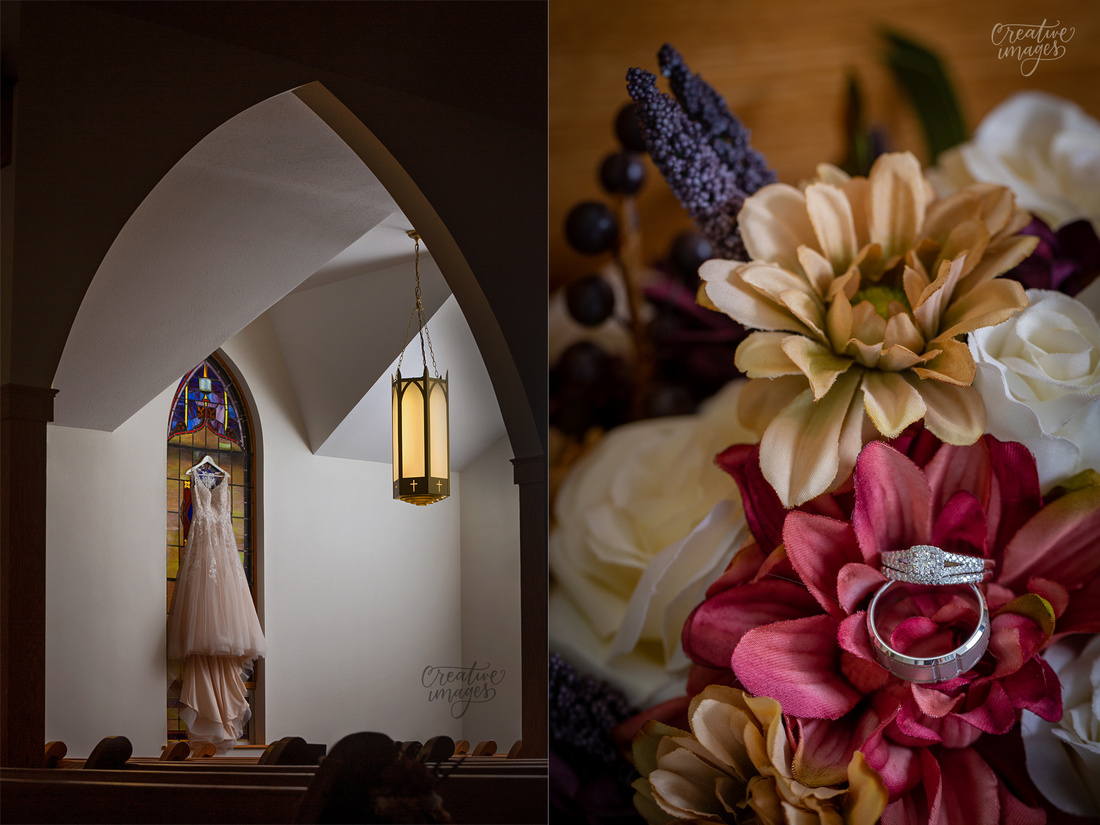 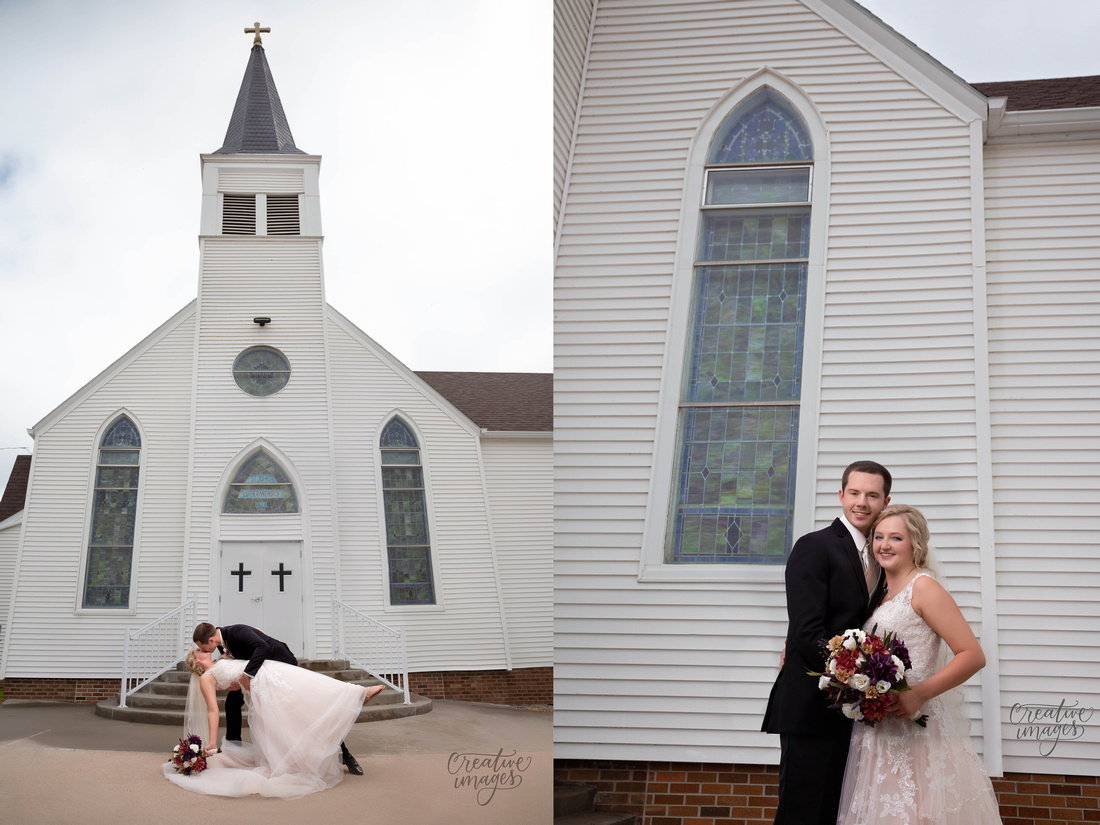 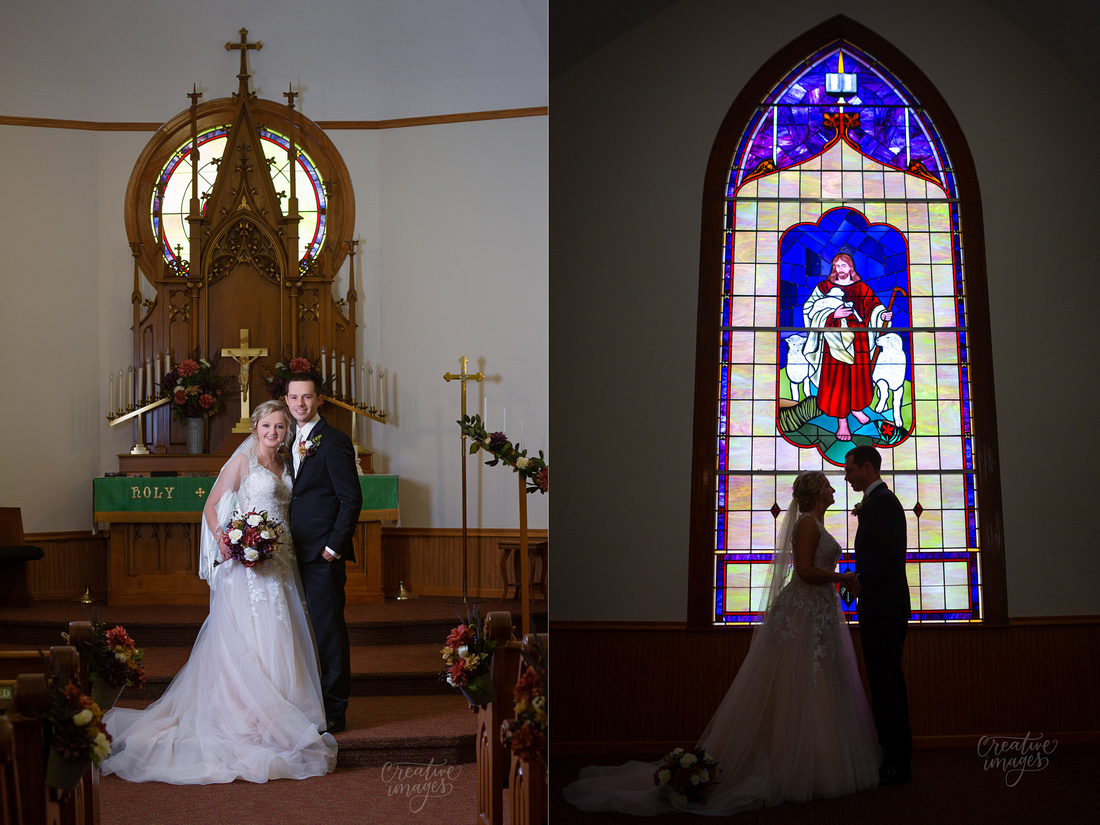 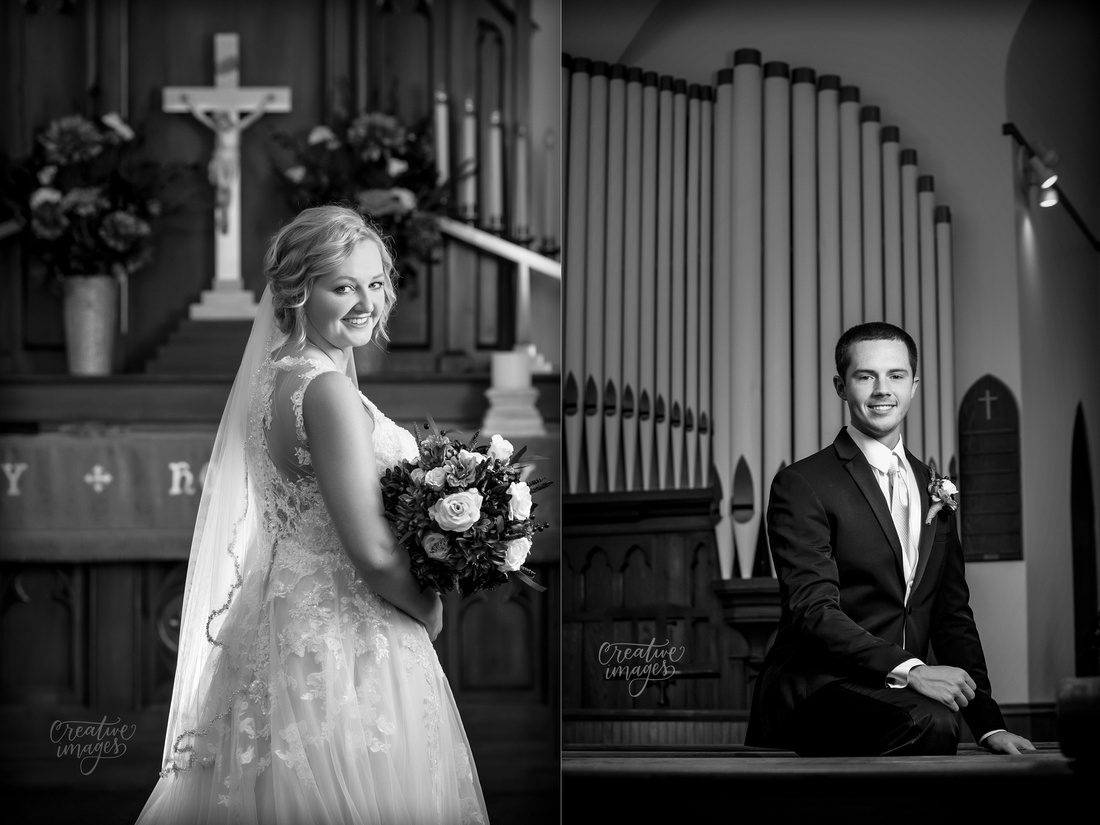 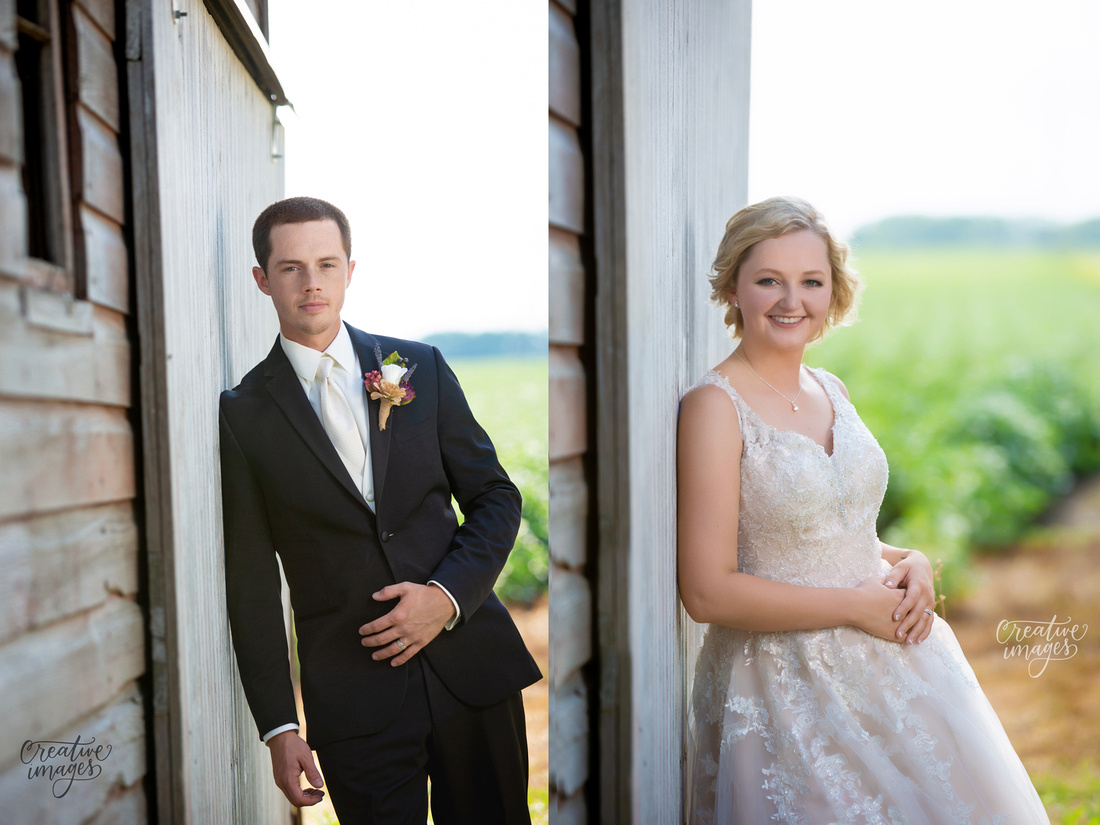 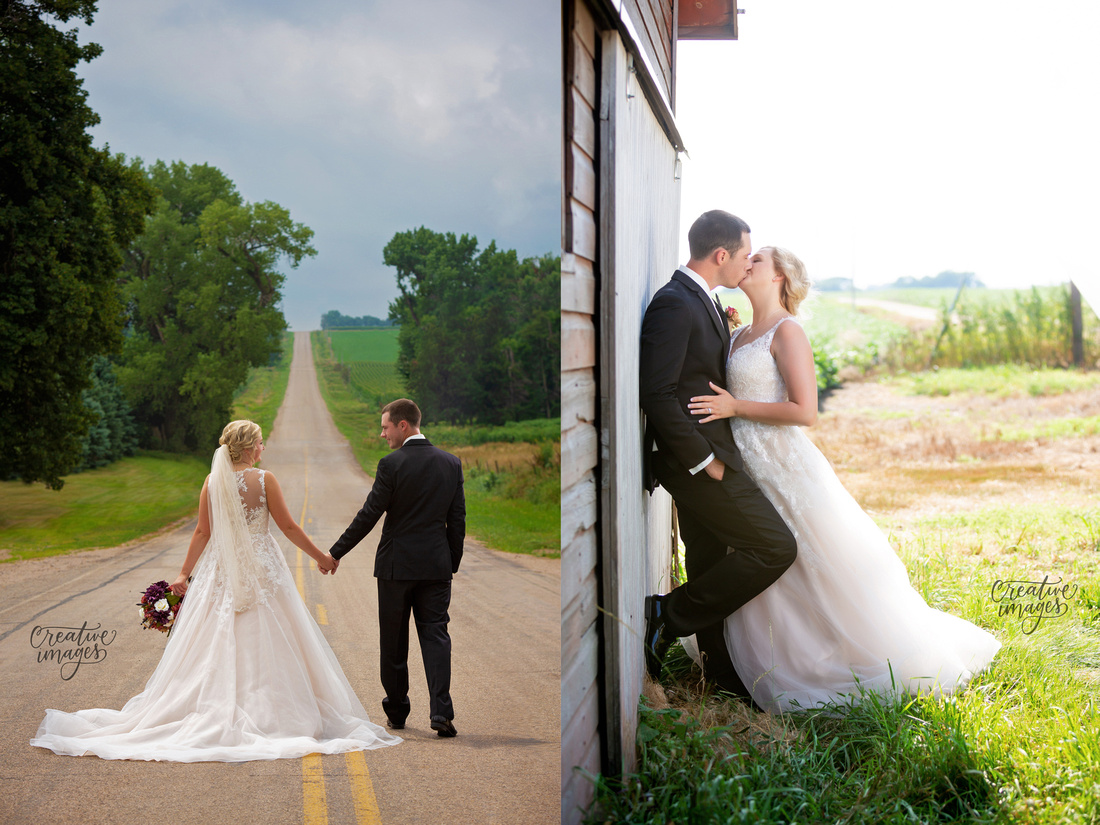