Katrina had often heard her friends talk about a guy named "Greg Brandl", but she had never met the big guy on campus. One night at a college party, who else arrived, but the mystery man! When Katrina realized she had finally met the famous Greg, she called him out. Greg decided to tease the pretty blonde, pretending he had no idea who she was talking about! But, eventually, he caved, admitting to his identity, and the two shared some friendly banter. A few weeks later, the college students ran into each other again at another party, this one for a friend's birthday. The pair immediately started talking and hit it off. Within a short time, they were dating.

After that, their was no longer talk just about "Greg"....it was always "Greg and Katrina." The two became a steady item. It was no wonder why they clicked, as they share several interests. One of those is agriculture. They both come from an ranching background and often work cattle together. It was not a complete surprise, then, when Greg showed up one night at her family farm to help her catch a calf to be vaccinated. They had a date later that evening, but Katrina had  agreed to help her dad with the task after she got off work, before going out. When she arrived home, she was told that her dad suddenly needed to "check the pivot," and that he had asked Greg to help her instead. Apparently, Greg had been nearby working with his own cattle and was available to fill in.

Katrina quickly removed her work shoes to go out in the field. "I threw on some hideous shoes," she laughed, remembering that she was in a hurry and just wanted to do the chore quickly. But for some reason, Greg asked her to change shoes, so Katrina put on her boots instead. Greg knew exactly where they would find the calf, so he led Katrina behind a pile of trees in the cattle lot. He handed her the medicine needed for the vaccination, and she went quickly to work filling the syringe. But, when she turned around, expecting to see Greg holding the calf, she was in for a surprise. He was kneeling in the dirt, instead. On his face, she saw excitement, hope and nervousness. The whole event was a setup, so Greg could ask one question: Would she marry him? Her answer was a quick and happy "yes."

This October, on a beautiful fall day, Greg and Katrina were married at St. Leonard's in Madison, Nebraska. The couple that has been together for three years now shares one more thing in common - the same last name. The new Mr. & Mrs. Greg Brandl's future plans? Well, that's pretty simple - just to continue chasing cattle and loving each other. 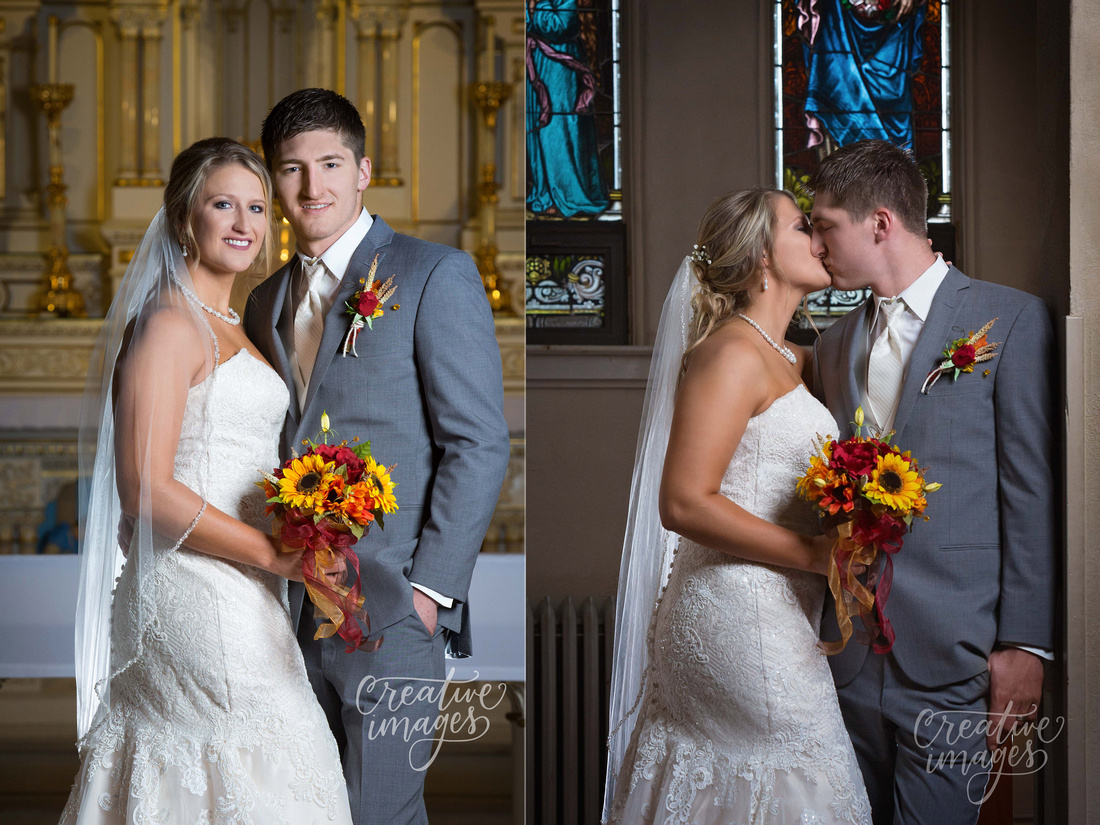 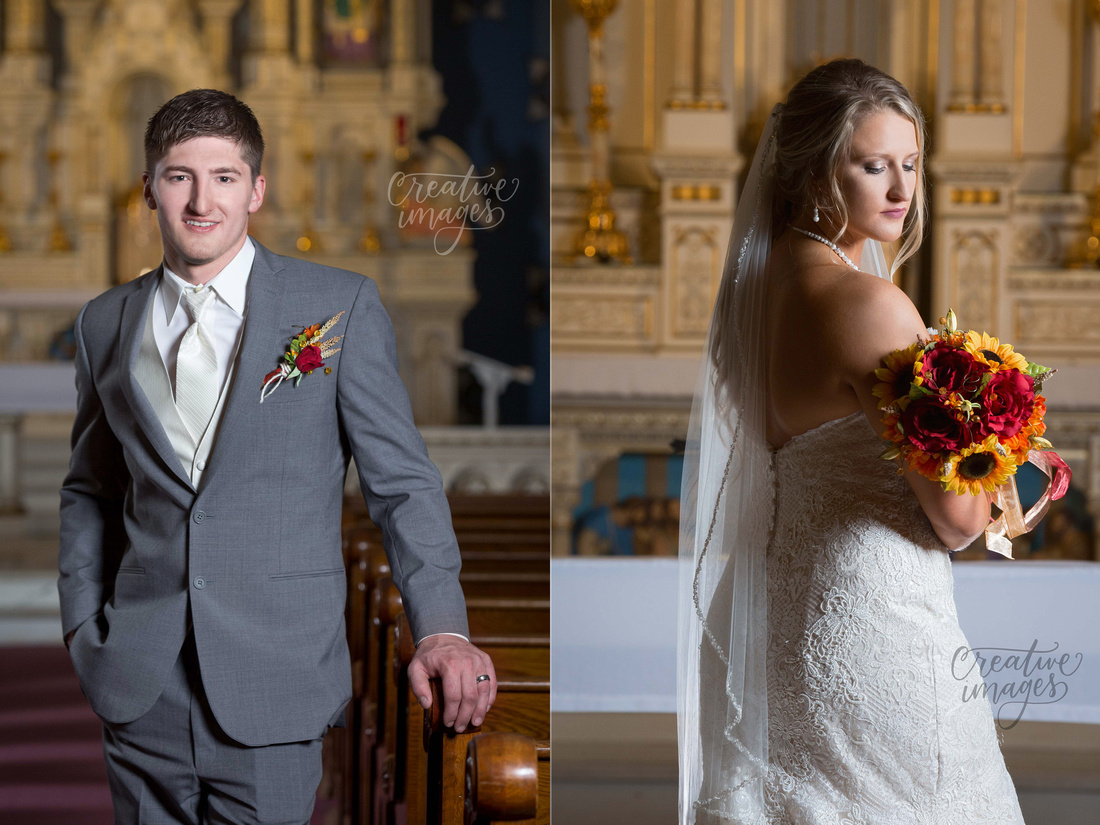 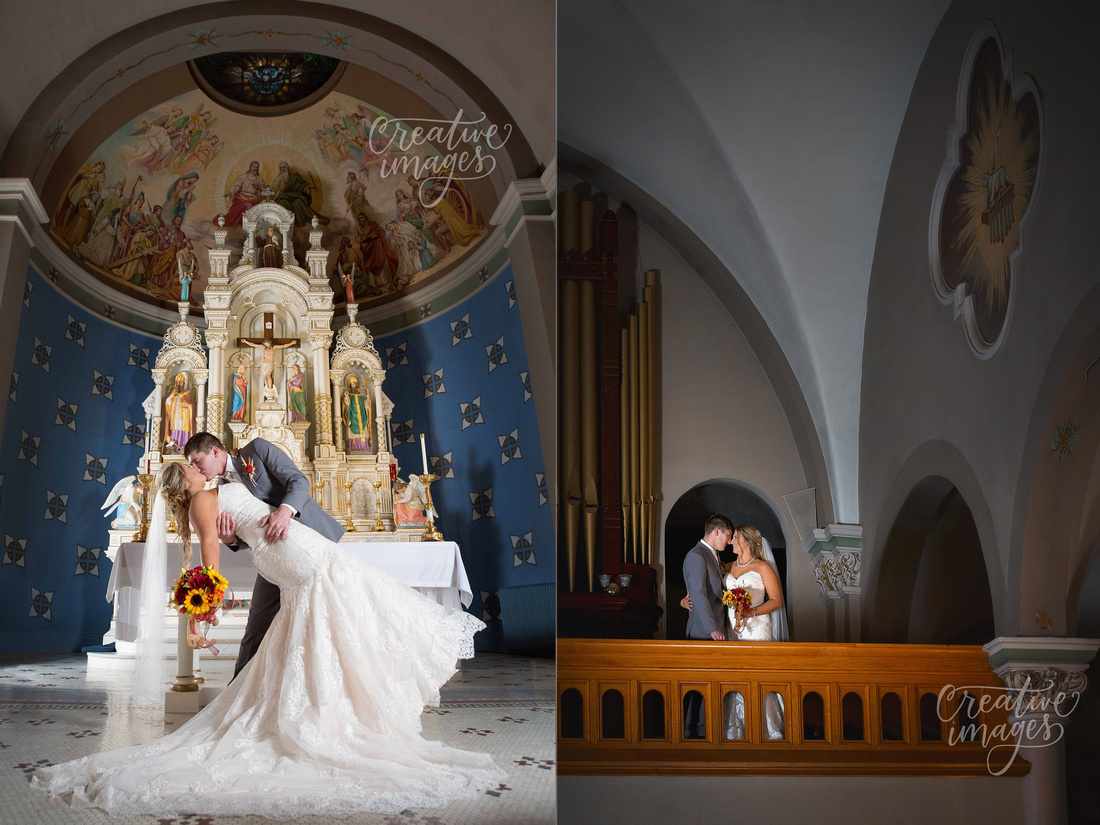