Two midwest staples brought Jordan and Jenny together: tractors and butter braids. When Jenny was in college, she attended a tractor pull, hosted in part by some local farmers and the Ag Club that she was a member of. There, she met Jordan, a tall farmer with a soft voice and a big heart. The two became good friends. The following year, the Ag Club had a fundraiser selling butter braids. Jenny hit up Jordan, hoping he'd buy one of the soft braided sweet breads from her. He purchased seven. It wasn't until much later that Jordan divulged his real reason for buying so many: He didn't really love sweet bread. He just had a crush on the pretty blonde and wanted an excuse to see her. As much as the purchase may have hurt his wallet, it was completely worth the expense....just a few months later, Jordan and Jenny finally went on their first date.

Five years later, Jordan was planting his last field for the season. He told Jenny he would be working late and asked her to bring supper to him. When Jenny got to the field, she jumped in the tractor, happy to see Jordan and to talk about their day together as he worked. An hour later, he suddenly stopped the tractor, saying he needed to "check something." To her surprise, Jordan instead knelt beside her in the cab and asked the four words that would forever change her life  -- "Will you marry me?" In the middle of a Nebraska field with the sun setting low in the sky, Jordan whispered his love and slipped a ring on Jenny's finger.

One year and one week later on June 17th, he donned his cowboy boots and a tux and headed to the church -- St. Peter & Paul (Krakow) in Genoa. He anxiously waited for his bride, ready for what would prove to be one of the happiest days of his life. When she appeared in a white satin dress, carrying a vivid bouquet of tiny blue flowers and orange day lilies, a smile burst across his face. Their wedding was part country, part elegance, and pure sweetness -- perfect suited for the farmer and his wife. 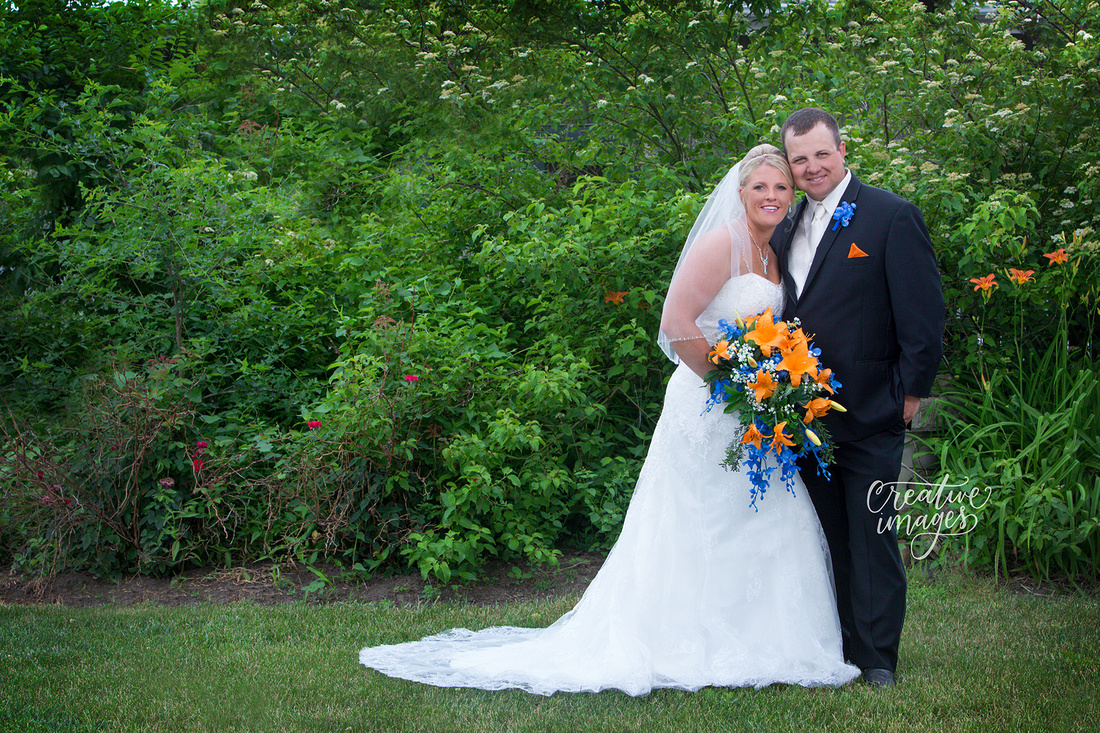 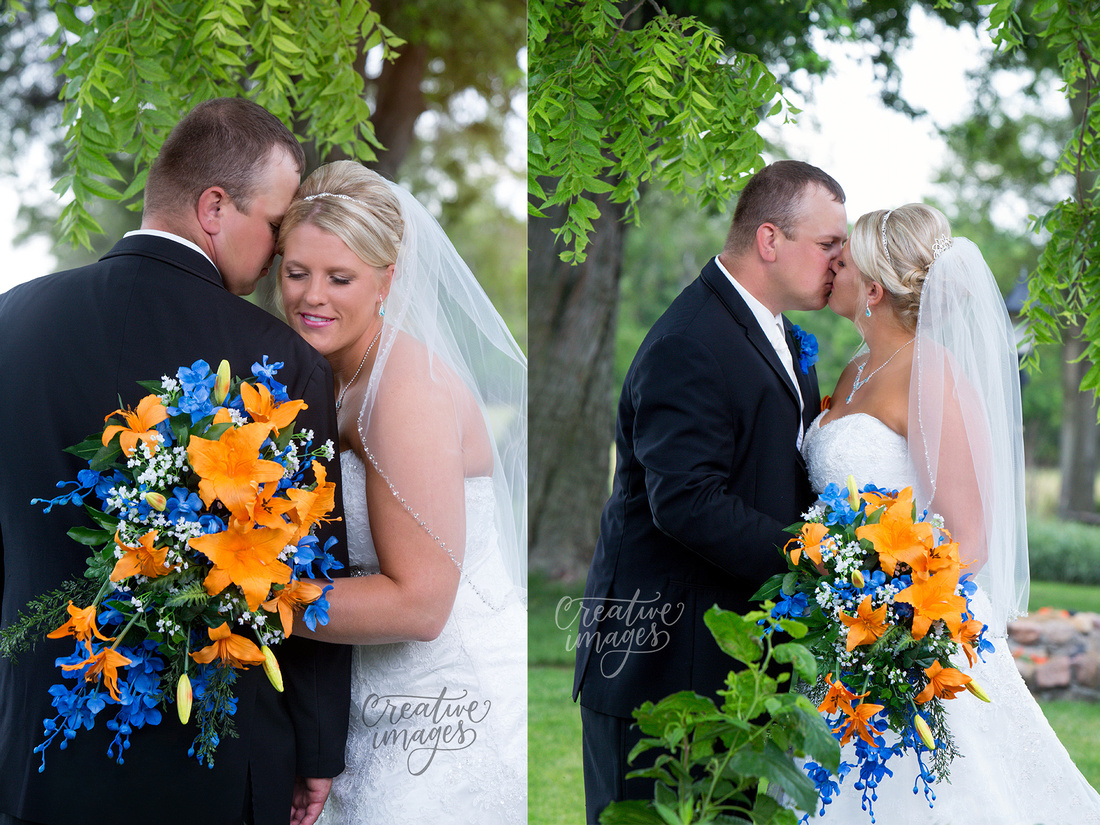 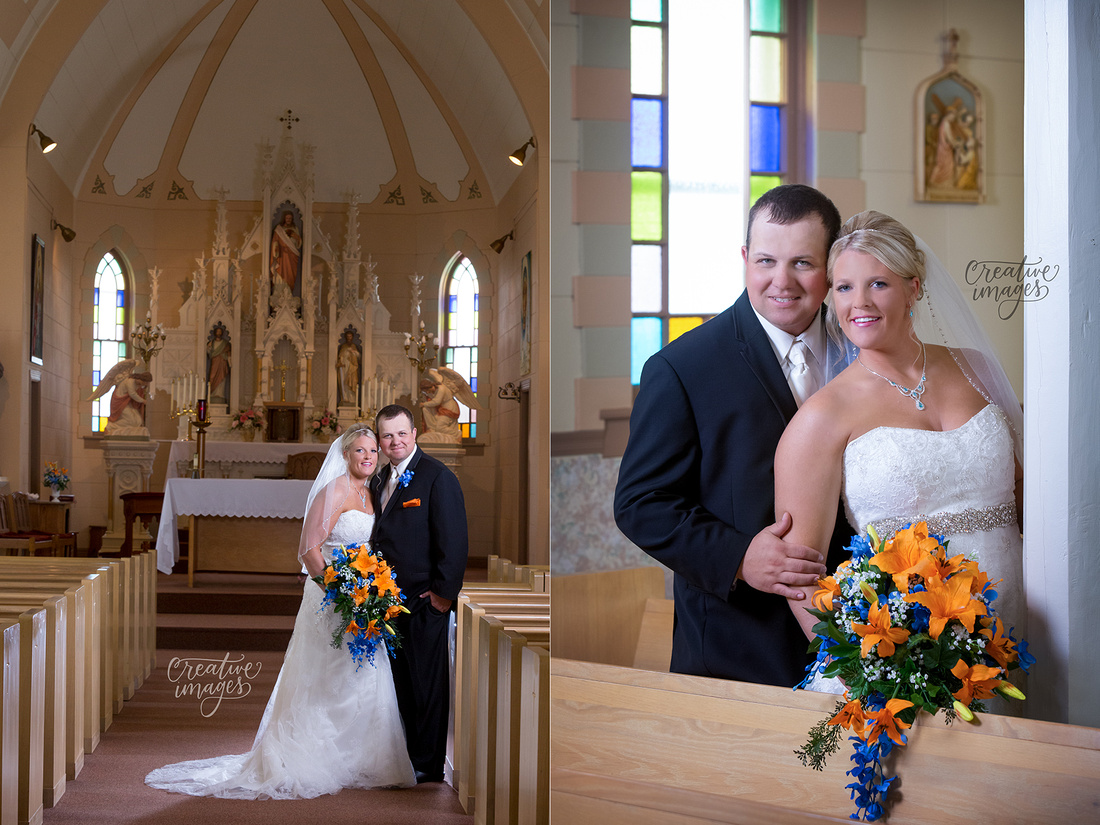