If you're a high school boy, the most exciting part of your day is rarely found in the classroom. Unless, of course, you're seated by a cute blonde. Then, class might suddenly become a bit more interesting. That's what happened for Tom. Even though he had known Megan his entire life, the two really didn't start talking until they were sophomores seated beside each other in history class. It was then that the two realized just how much they had in common and how much they enjoyed each other's company. So much so, that Tom decided he wanted a little more time with Megan outside the classroom. He did some digging behind-the-scenes and obtained Megan's cell phone number through a cooperative mutual friend. Hitting "send" on the first text might have made Tom a little nervous, but he took courage. Little did he know, he was in the process of making his own history. Soon, he and Megan were regularly texting and hanging out.

In October of 2009, Tom took Megan on their first official "date" -- a double-date with another couple. That night, they shared heir first kiss. The next week after a fall football game, Tom asked Megan to officially be his girlfriend.

That was nine years ago. Nine years of ups and downs. Nine years of life changes. But, one thing remained the same -- Tom and Megan stayed together and their relationship grew strong.

Last spring, Megan spent an afternoon with Tom, helping him check cattle and fencing. The two shared a 4-wheeler and rode out to a nearby pasture. Tom had said there was a problem with an insulator that had fallen off its post near the big oak tree.  When they got to the spot, he asked Megan to bail off and and grab the insulator for him. Megan jumped off, grabbed the unit and turned around....only to find Tom kneeling in the grass, next to the old weathered tree, holding out a ring. Megan saw three roses nailed to the tree beside him, and in the wood surface, Tom had carved a heart and the words, “Will you marry me?” The romantic gesture hit its mark. That month, the couple announced to their family and friends that they had chosen the date of September 8th, 2018 to be married.

I had the pleasure of photographing Tom and Megan's beautiful wedding at the Holy Trinity Heun Catholic Church near Schuyler.  They had a perfect fall day, with temperatures near 70, beautiful blue skies, and lovely country scenery. Around them, their family and friends gathered to celebrate their love - a love that had bloomed from a high school friendship that had began almost a decade earlier. The rest of their story is yet to be written, but the history of their past tells me it will be a long and beautiful tale. 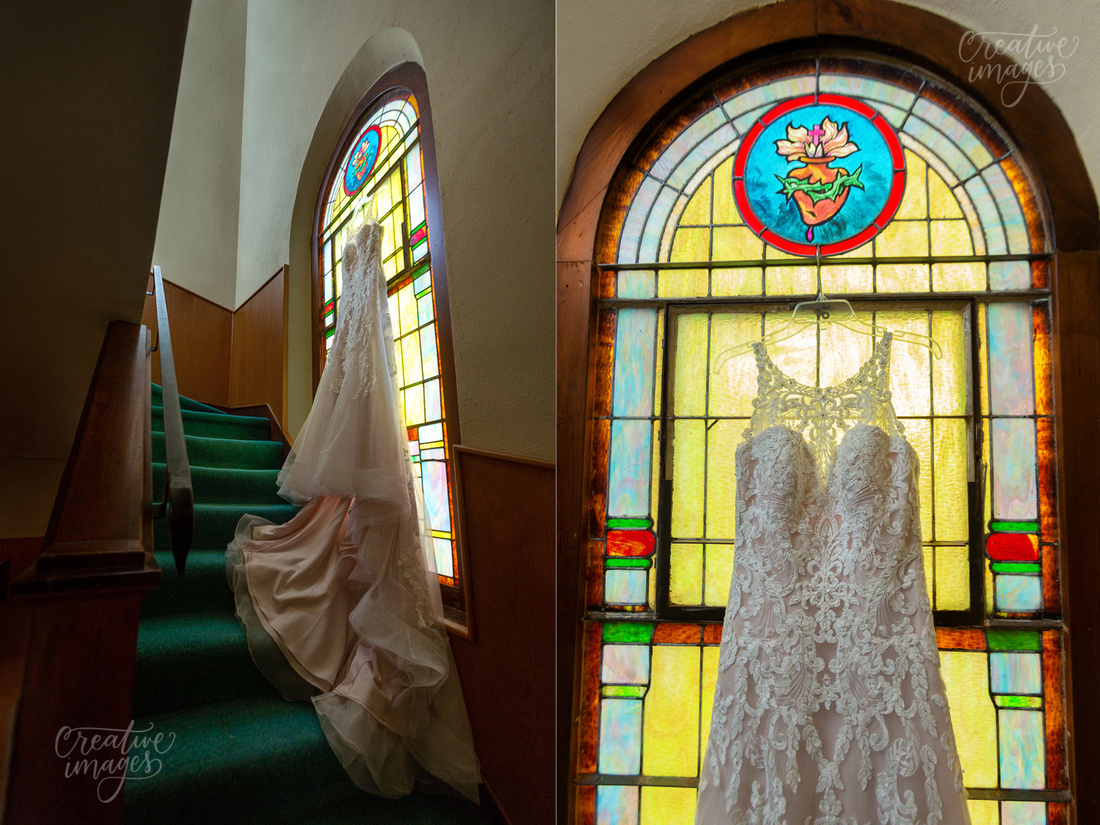 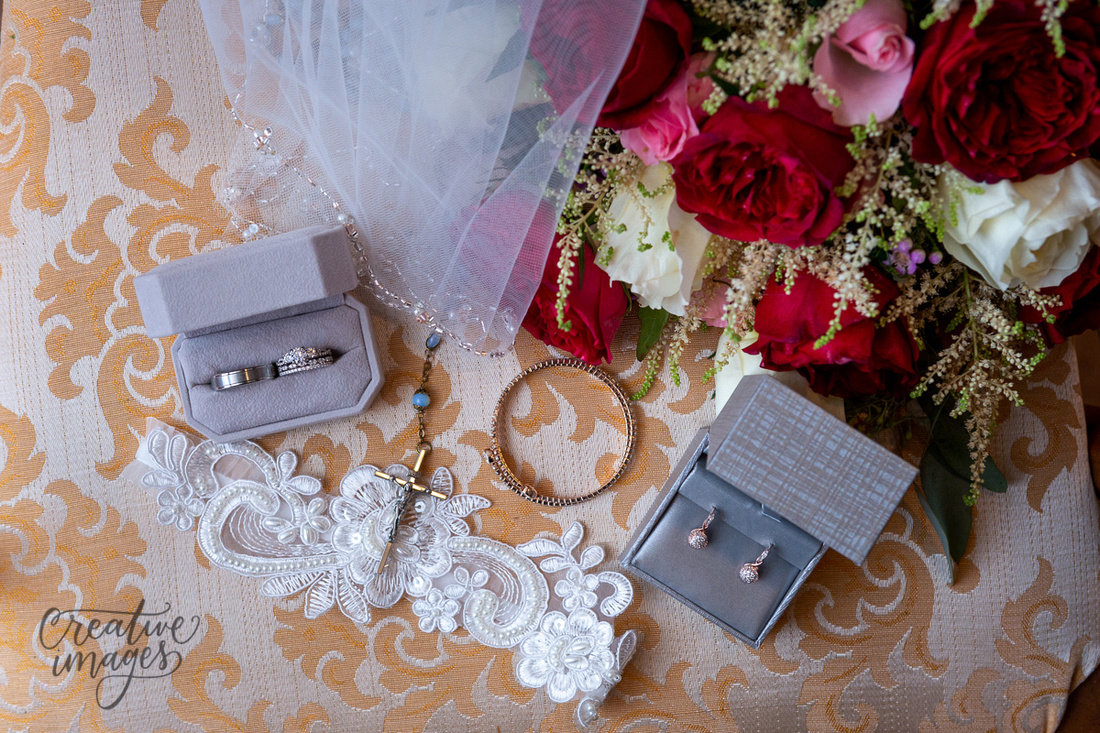 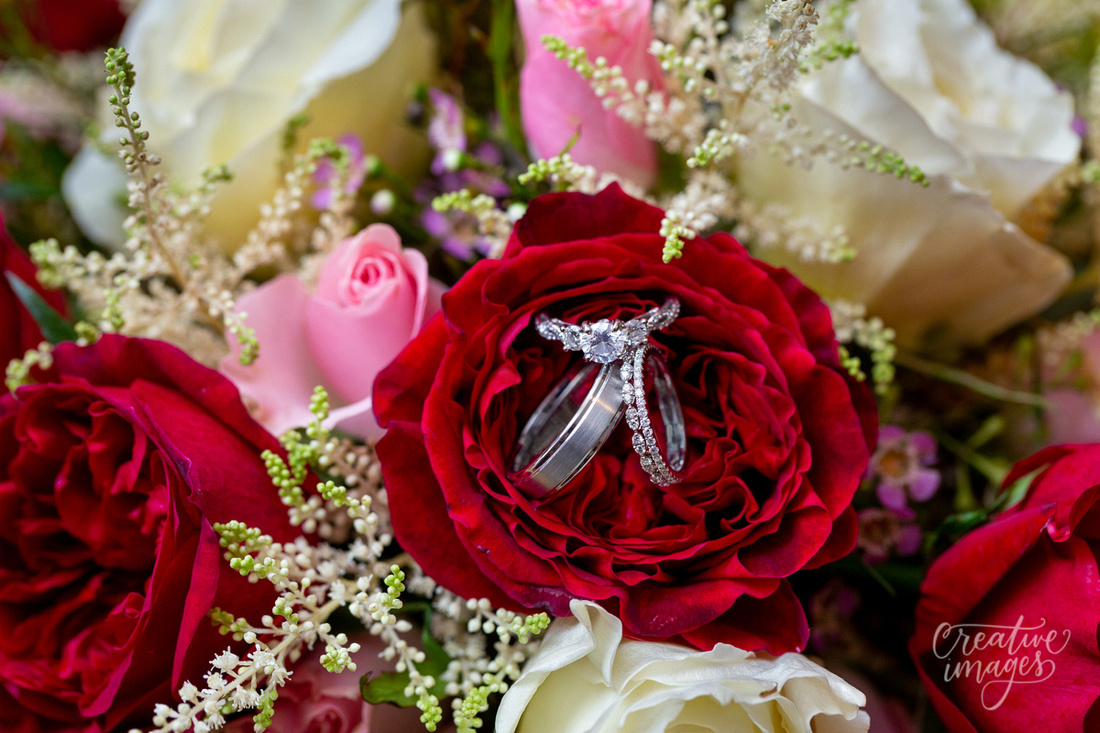 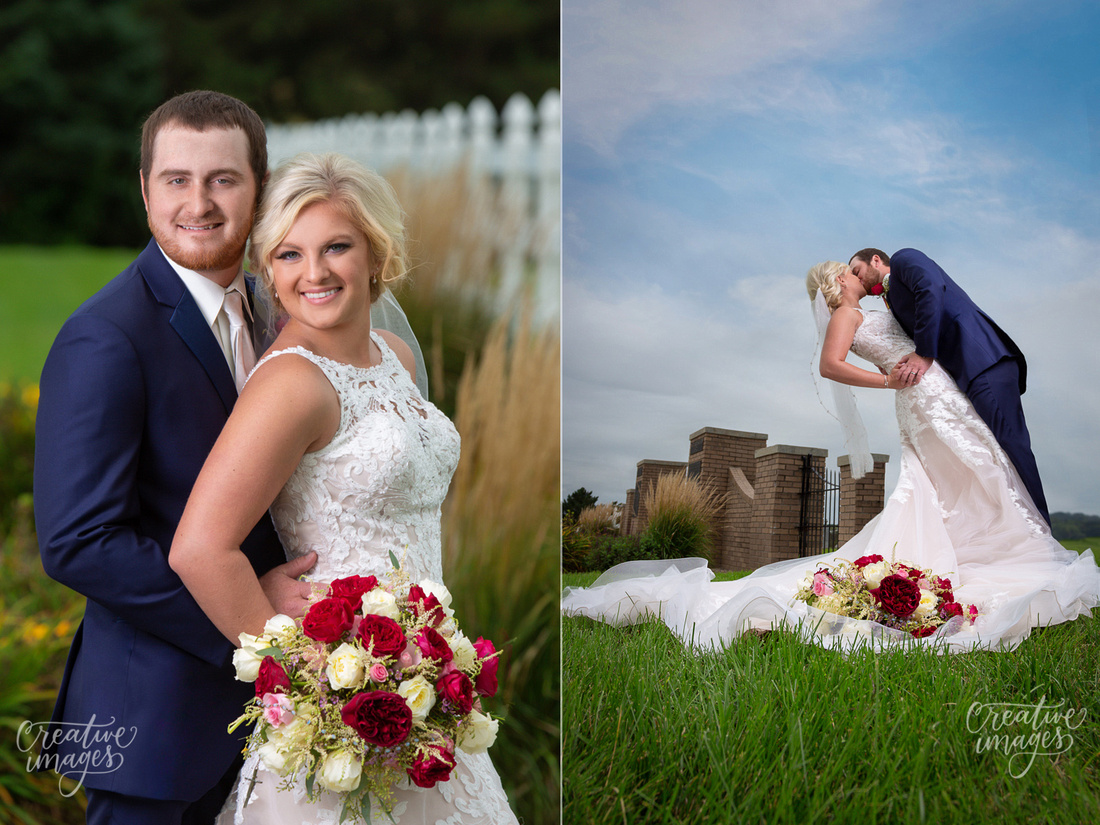 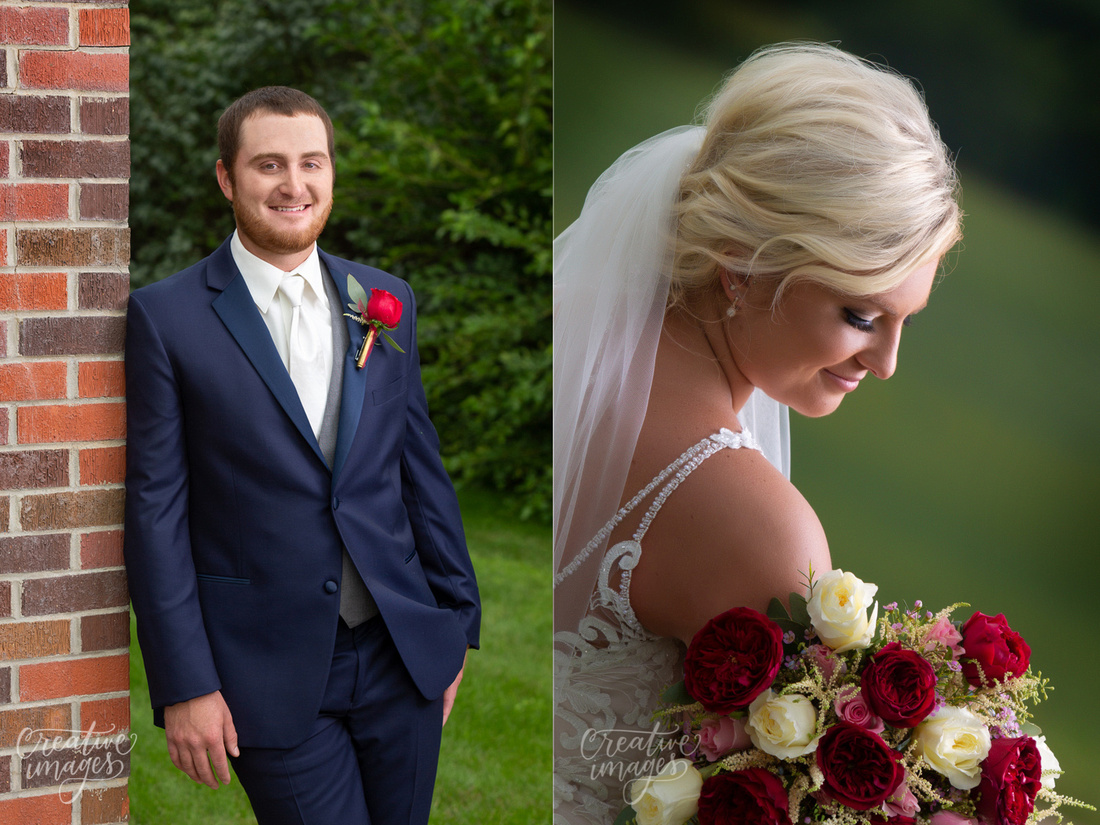 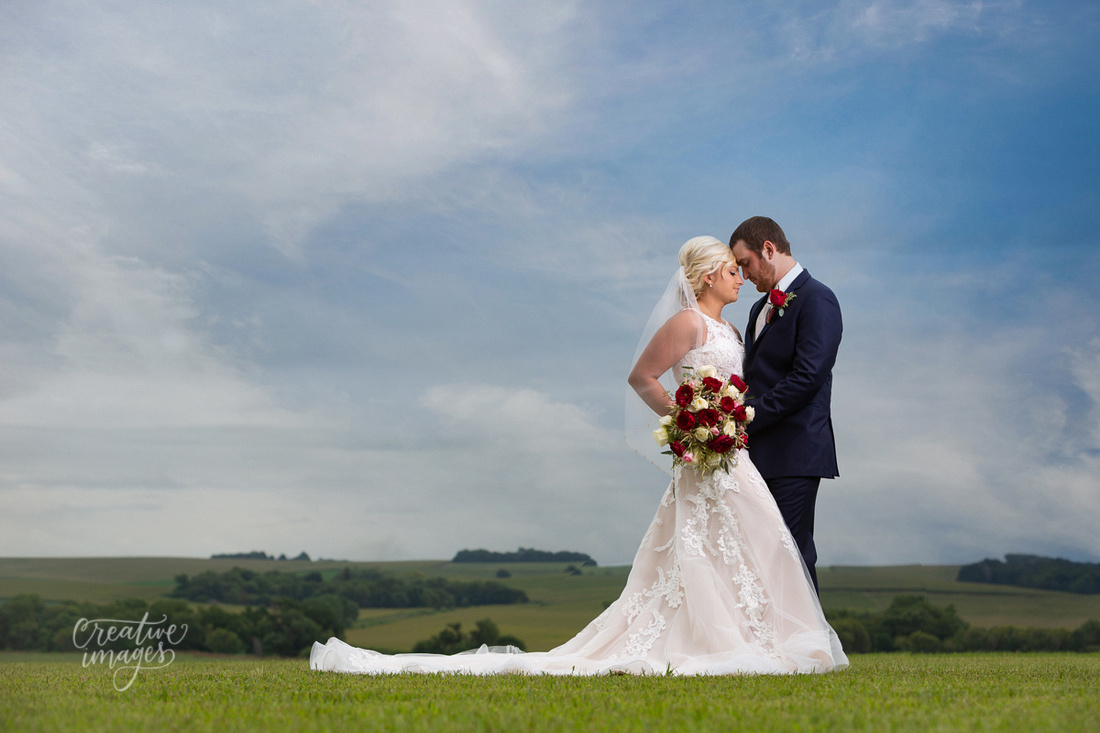 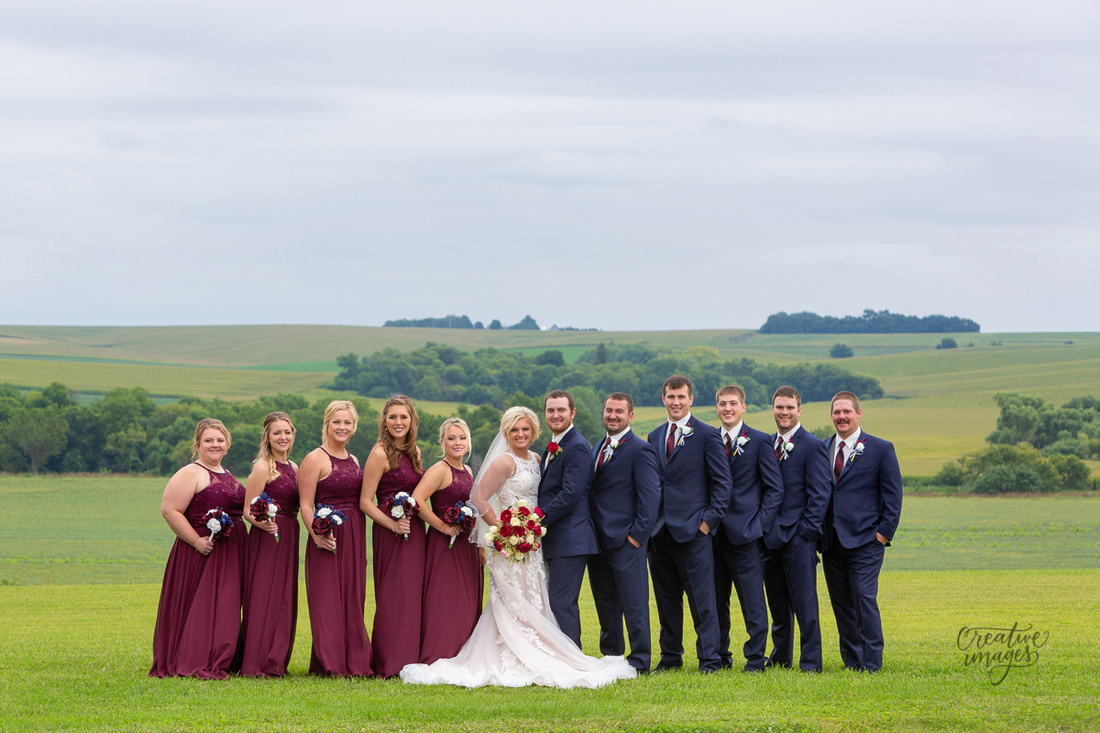